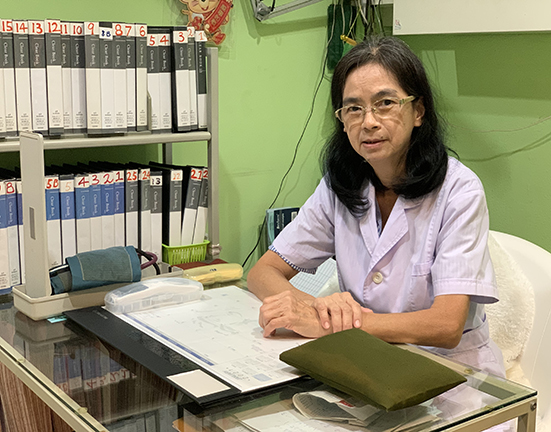 Since 1996, the clinics have been mainly focused on acupuncture and internal medicine. After years of experience, it was found that most of the patients were diagnose with Arthralgia : such as cases of neck and shoulder, arms, back, legs and other joints and muscle pain. Traditional Chinese medicine believes that the cause of arthralgia is all the qi of six evils (wind, cold, hot, dampness, dryness, and heaty).

Blocked muscles and collaterals, muscle stiffness, visceral dysfunction, which causes poor circulation of Qi and blood in the body, stagnation of Qi and blood stasis which unable to nourish the skin, therefore resulting in pain. As the saying goes, “If it is blocked, it will be painful, but if it is normal, it will not hurt.” “The theory of Chinese medicine.
In addition to acupuncture and moxibustion, Gua Sha and cupping are usually used in the treatment of it. This kind of treatment is effective in clinical trials.

After the cure, encourage the patient to keep doing some joint exercises to maintain the normal mobility of the body’s joint functions.